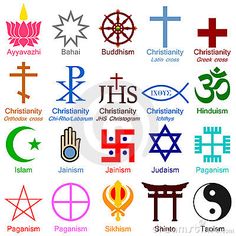 “You know so much about yourself, your life. Tell me, what do you think about god and religion?” A random question asked by a friend is the culprit of this blog post 🙂

I don’t hate god. But I hardly go to temples. I respect all religions but follow none. I don’t believe in any ritual, tradition which relates to god. Perhaps, I’m an atheist!

When I was a child (I think I’m still a child – but anyway!) I witnessed certain events and asked questions to people around but didn’t get satisfactory answer. Tried google but again failed. May be that’s the reason I lost my faith in the concept of god.

During menstrual cycle women are not allowed to visit temples. They are considered ritually impure.

WTH! Menstruation is a prime reason behind our existence.  Women can give birth to a new life because of this biological phenomenon. For me, women are at their purest form during this cycle.

Bhaumik, You are a Jain. You cannot eat potato, onion and garlic. It’s a sin.

Then why did god even create these substances at first place? What’s the significance of their existence? How can anyone’s food choice be dependent on religion? Doesn’t make sense to me.

Enough! That little boy doesn’t even know how beautiful life is! He doesn’t even know how it feels to love opposite gender.  His little mind does not even know various options available in life. He is forced to become a monk (may be just to satisfy his parents’ wish!). That day he was a “hero” for the society. But I really felt sorry for him. That day – a precious life was wasted.

The list is endless. These are just few events which made me think about god and religion. In spite of having caused violence across ages, religion still continues to be symbol of peace!  May be we live in a hypocrite society!

Further, I feel we live only once. We get only one life. And this life should be treated as a celebration.  It should be filled with fun and happiness. There are certain elements say, Sex, Food, and Fashion – which makes our life cheerful. But religion opposes everything.  Religion advocates for Brahmacharya, Fasting and Simplicity. (What a waste of a cheerful life!)

Of course I admit there are certain things in life which are mysterious. Things we don’t know about. Birth – Life – Death itself is a mystery but none of the religion is able to solve this mystery yet.

So how did the god even come into picture? What happened that this unknown and mysterious concept came into existence? I do have my own story on this 🙂

We all face bad times. We all feel depressed at certain stages. And to counter this feeling, this phase, we need something called HOPE. We all are alive because there is a hope. Hope for a better tomorrow. Hope for a better future. We all need hope to survive.

Now some day some human creature might have thought of giving physical form to this hope. And s/he made an idol. An idol of hope that now we call god.

Out of jealousy and competition some another human creature made his / her own idol which was different than first one. S/he also set standard practices to worship (in other words to beg for a better hope) and that’s how another god and religion was created. And so on.. I don’t even know how many gods and religions exist now!

Regardless, this is what my mind came up with. It’s just my version of story. Each one has a different version.  Create and believe in your own story!

Do what you feel right is. Follow the religion you want to follow. Don’t follow anything blindly. I enjoy atmospheric pleasure of temples; religious sound at masjid and hospitality in Gurudwara! There is nothing wrong in enjoying the beauty of life.

I wish to see more love and peace in this world (and religion is the biggest obstacle for sure). I wish to live where inter-cast / inter-religion marriage is not a taboo. I wish to stay where no one is judged by his religion.  I wish hope (god) is worshiped by humanity (religion)

Yes, Hope is my god and Humanity is my religion

View all posts by Bhaumik

One thought on “God & Religion” 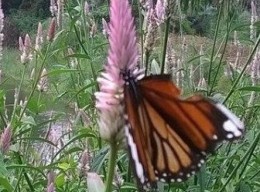